Every 4 years since 1992 we have the opportunity to welcome and enjoy the biggest gathering of traditional boats from around the globe to the harbour in Brest. 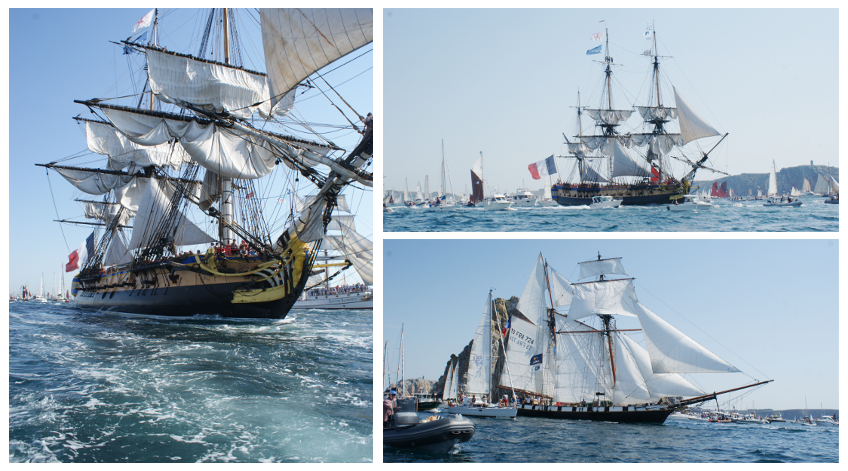 For the 7th edition from 13-19th July, Brest, a town passionate about boating welcomed not only large ships but many other types of boats from simple sailboats through to four-masts, offering hundreds of thousands of fans the chance to see a great show, both on land and on the water.

Each festival attracts exceptional boats, relating the history and knowledge of each different country through their unusual techniques and cultures from a by-gone era.

Nearly 1,000 boats sailed into the harbour of Brest this year, the biggest gathering of old sailing ships in Europe with no fewer than 9,000 sailors of many nationalities, giving this event a unique charm.

The most beautiful replicas were present: the Hermione (France), the Swaensborgh (Netherlands), the Bessie Ellen (UK) and the Nao Victoria (Spain).

The festivities took place over one week with each day dedicated to a participating country: Polynesia, Russia, Portugal, the Netherlands and England. Each country presented its boats, music, animations, local products and gastronomic specialties.

On the last day of the festivities, we witnessed the biggest maritime parade of boats sailing from the harbour of Brest along the coast, off to distant horizons.

Le Télégramme, a local Brest newspaper, published a video of the opening of the maritime festival from the sky, showing you the magic of this event.