Philippe GERARD, chief executive of the company was invited to dine with the Prime Minister of New Zealand, John KEY. 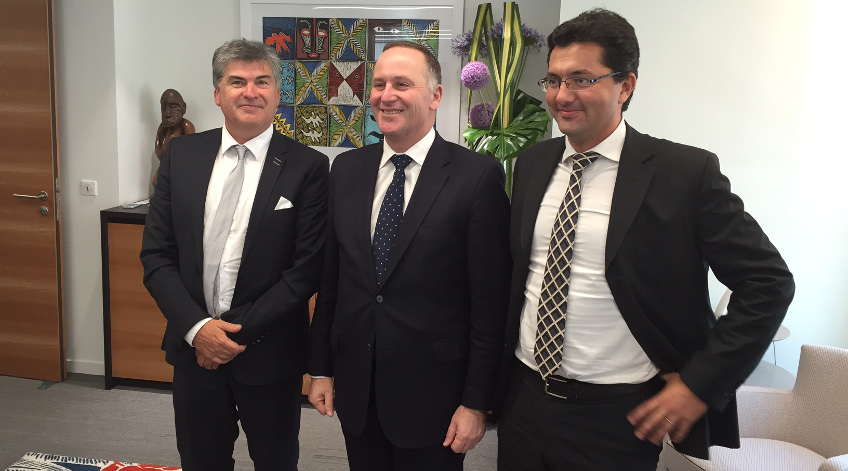 As part his European tour, the Prime Minister participated in the procession on the eve of July 14th with President F. Hollande. New Zealand had not been part of the procession in Paris since 1919.

It was the wish of the Prime Minister to meet with French companies with connections to his own country.

The company SEIMI has recently retrieved the distribution of Hamilton Jet in France. Hamilton Jet is one of the most well-known and reputable companies in New Zealand.

It’s mainly thanks to the efforts made by the Foreign Trade Service in Paris that the partnership was established.

Naturally, it was Leslie Eaker, the manager of Economic Development at the New Zealand Embassy, who took advantage of the Prime Minister’s visit to evoke the success story created between Hamilton and SEIMI"